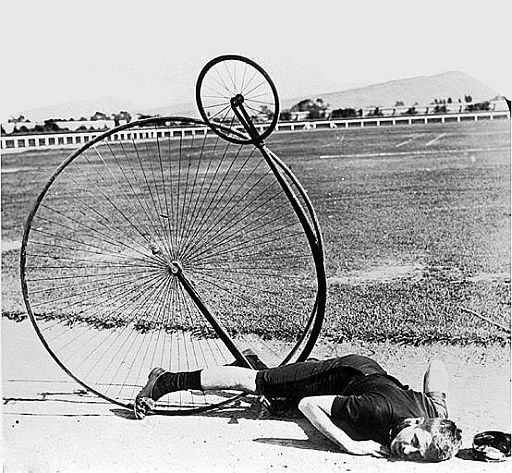 It is well established that the Daily Mail does not understand video games, which puts them at some distance from their readers who mostly do. The Daily Mail and it’s sibling the Sunday Mail relentlessly attack video games, but in doing so they only serve to display their ignorance.

All that video games are is another form of entertainment medium. Just like books, television, film, radio, opera, ballet etc. Games have several technological advantages in that they are interactive, non linear and connected, which gives them capabilities that are beyond the other media. But they are still just another form of media.

So when anyone is being critical of games it should be in comparison with other media. So issues such as sex, violence and addictiveness should not be taken in isolation in gaming. We should be looking at books, film etc and see how the same issues apply. And when it comes to sex and violence video games are tame. Film and books are far worse and books don’t even have an age rating. I read Karma Sutra, Lady Chatterly’s Lover, Portnoy’s Complaint, The Perfumed Garden etc in my early teens.

Another thing that the Mail do not understand is that video games is a thriving business that adds to the economy. Worldwide it is worth somewhere between $50 and $100 billion a year. And the British share of this massive cake has been going down under the current, labour, government. For many years we were third in the world behind America and Japan. Now we are definitely behind Canada and almost certainly behind Korea and China as well. Which puts us sixth and going down rapidly.

The demise of the British video game industry is almost all down to government policy. Other countries have seized the opportunity to build for the future whilst British politicians seem mainly to attack that which they don’t understand. It is incredible, for instance, that video game development does not receive the same tax treatment as film making in the UK. These politicians are not in the real world.

Which brings us back to the Daily Mail and an attempt at a witty political piece by Andrew Alexander. In which he says:

‘Culture’ also has a minister of its own operating under the grand panjandrum of the Secretary of State. The Shadow Minister, Ed Vaizey, provides a foretaste of nonsense to come with his declaration that the video games industry – there’s culture for you – has been let down by the Government. It has not grown fast enough.

He proposes a Video Games Council.

Why there should be a government role in this field may well defeat you. It is at least as silly as the role of Hereditary Butler to the Crown etc and no doubt more expensive.

I have some news for Mr Alexander, by any and all definitions video games are culture. They entertain, have creativity, genre, subtlety, a history, engender emotion and have everything else that ballet or the opera have. Except that video games are massively more popular.

Then he completely misses the point that games are a huge industry that provide jobs, profits, wealth, exports etc. Just as heavy manufacturing once did in this country.

And then we come to him disparaging the excellent idea of a Video Games Council. It is a massive shame and a huge detriment to Britain that we don’t already have one. If Mr Alexander wants to criticise the concept he should put it in context. Let’s see him rubbish the Film Council, the Arts Council and the Music Council as well.

In fact Mr Alexander actually provides compelling evidence for the need for a Video Games Council, because if we had one we would not have to suffer so much ignorance from journalists (and politicians).