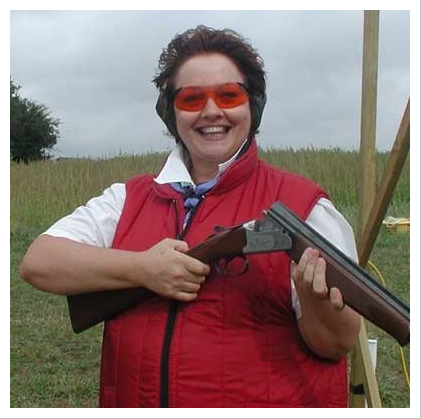 This takes the biscuit for lazy sensationalist reporting. In light of the Byron Review the Daily Mail paid Anne Diamond to play some violent video games Â (which are clearly labelled as not being for children) and she discovered that they were violent. Sheer genius. Obviously she follows the party line, that is what they are paying her for. But the amazing thing is that there is no context whatsoever.Â

I bet Anne Diamond sat in front of the TV when she was a kid and watched hundreds, maybe thousands, of hours of Tom and Jerry cartoons with theirÂ unremitting violence. Did this make her a bad person? Her article looks at six violent games. Why doesn’t she look at six violent books (with no age rating) and six violent films for comparison? The reasonÂ she doesn’t is because the books and films would be far worse and that doesn’t suit the Mail’s agenda.

“Computer games will carry cinema-style age ratings to protect children from violent and sexual images.” Well I have news for the Daily Mail, games already carry age ratings and have done for many years. As the packs of the six games they have chosen clearly show.

“AÂ report has warned of the potential of the Internet and violent console games to harm children.” They obviously read a different report to the one I read. This is just gross sensationalistÂ misrepresentation. Â The Mail doesn’t report this from the Byron Review: ” Games offer a range of opportunities for fun, learning and development”.Â Â Because that would not suit their agenda.Â

“Allowing children to play on computers unsupervised is as dangerous as letting them play outside on their own.” Firstly what is wrong with allowing children to play outside on their own? And secondly the Mail are deceitfully misrepresenting the Byron Review here. They are taking something thatÂ the reviewÂ said about the internetÂ and quote it as if the review said it about games. Which it didn’t.

“How many parents know what their teenagers are confronted with when spending hours in their bedrooms on the computer?” The answer to this one is easy. Just look at the pack. The same as when you let them watch a video. Also the MailÂ seems to think that gaming is justÂ a solitary occupation for children. This is so farÂ from realityÂ that you wonder what planet they are on. The funny thing is that the article implies that Anne Diamond bought a 15 rated game for her 12 year old son.

There are far more dangerous issues involved in rearing children than video games. Smoking and other killer drugs, for instance. And exposure to sensationalist misrepresenting media like the Daily Mail for another instance.