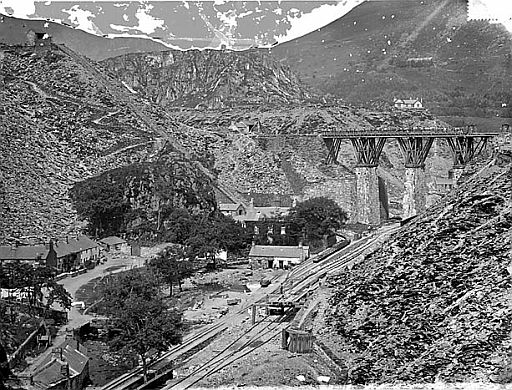 Just over a year ago I was talking on here about netbooks and how big they would be. And so it happened, in 2009 their market share in portable computing went from 5% to 25%. And quite right too. Offering just the power you need and outstanding portability, netbooks are a very effective tool for a huge array of tasks.

But I also warned that netbooks were an interim technology. They are held back by the need to adhere to the old Intel/Windows hegemony. Mainly because there were no viable alternatives. Also they arrived just as we were on a cusp of display technology. LCDs are not very good for displays, whatever way you look at it. Power hungry, fragile, over complicated, expensive to make and giving a poor image quality they are only used because of the lack of alternatives. Now OLED is making its presence felt all those disadvantages are being swept away.

OLED displays bring a massive power saving, but so does dumping Intel processors for the far more elegant ARM based computing. The big problem here is that the Intel processors have the heritage of over 30 years of software and ARM has a lot of catching up to do. This is especially felt in the areas of operating systems, browsers and all those utilities you take for granted like Flash, media players, email, pdfs and so on. No matter how good the machine you have to be able to use it.

This brings us to the ongoing war between Google and Microsoft that we are all benefiting from. Microsoft rescued Windows XP from the ashes to become the OS of choice for netbooks, but it is still bloatware. Google saw the opportunity and with amazing overkill decided to give us two new operating systems. Android is intended for smartphones and is rocketing in popularity, however it is already working very happily on far larger devices and runs on Intel, ARM and other processors. The Chrome operating system is a development of the Chrome browser and is available for both Intel and ARM processors.

So now, increasingly, manufacturers of portable devices can choose between processors without putting users at a software advantage. And increasingly they are choosing ARM. These ARM processors are made by a variety of chip manufacturers competing against each other so there is a huge pressure to get them into devices. Their biggest advantage is their immensely energy efficienty as their heritage includes a lot of mobile phone applications, this makes them ideal for Slate computing.

With all the above information you can see where we are going, there will be a whole new generation of devices (over 30 product launches in the next three months) that are some way between a laptop computer and a mobile phone. They will use OLED displays and mainly ARM processors, this will give them such low power consumption that they will always be switched on, like a mobile phone. Some will use keyboards, some touch screens, again just like mobile phones. These devices are so new that they don’t even have a name, some are calling them tablets, some smartbooks and some slates. And prices will start at below $200.

And the highest profile launch will be from Apple. On January 27 Steve Jobs will announce the iSlate at the Yerba Buena Centre for the Arts in San Francisco. The air is thick with rumours. That there will be two models with a 7 inch and a 10 inch display. That it will incorporate some elements of 3D. That its inbuild camera will be supported with powerful image recognition software. And that it will be a strong media player and that deals with major content providers such as TV companies have already been signed up. We are all sitting on the edges of our seats for this one.

But we need to put this whole market into context. Smartphones will very soon become the most common computing devices on earth. Over a billion a year will go into use. These slates/tablets/smartbooks will just be a subset of this market for people who need bigger screens and enhanced capabilities.

Which brings us to gaming. As the iPhone has already proven this will be one of the main uses for all these devices. We are entering a stage where the dedicated gaming machine is being abandoned in favour of general purpose devices that also happen to play games.

Meanwhile look at these predictions from2007!