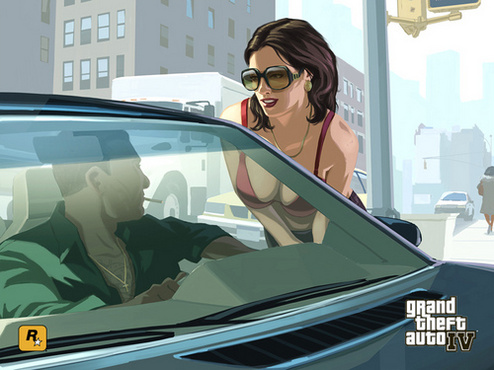 I don’t want this blog to become some sort of media watch, but we are at a very critical point in the development of the video gaming industry and it’s relationship with the press. We are in the middle of a transition of gaming from being a hardcore niche hobby to it being a mainstream activity enjoyed by most people. Eventually it will be bigger than film and TV combined. And the popular press are having problems getting a grip on this. Especially Fox News in America and the Daily Mail in the UK.

The issue here is ignorance of journalistsÂ and the problems are age and perception.

The age problem is that the senior people (with all the power)Â in the media are too old to understand. They went through their formative years before video gamingÂ  became popular. So they have no concept of the art form that gaming is or of it’s social resonance. They can understand the Beatles but GTA IV is beyond them.

The perception problem is that a lot of the media persist in the notion that gaming is a solitary activity for adolescent boys. Which is completely wrong. Gaming is most prevelant for peopleÂ in their late 20s and early 30s. Unlike all previous popular entertainmentÂ media gaming is immensely social with multi player on a single platform or via online connection. It has bought about a quiet (and largely unreported)Â revolution in human relationships. And gaming is relatively non violent compared with films and books.

So we have a situation where a lot of media are at odds with many ofÂ their readers. The press are generating a plethora of anti gaming articles that bear no relationship whatsoever to reality. And most readers of these articles can see just how stupid they are. Which reflects very badly on the journalist writing them and on the media who publish them. Basically the Daily Mail, Fox News etc are just shooting themselves in the foot.

However some of their readers and viewers don’t understand gaming and so mayÂ believe these stupid articles. Which is leading to a polarisation. On the one hand there is now a majority who understand gaming and who are bemused by the ignorance of the media. And there is a minority who have taken the lies on board and who believe that gaming is some sort of great social evil. I have had discussions with some of these peopleÂ and they have been totally brainwashed.

However there is a glimmer of hope. Earlier this year Janice Turner and Giles Whittell wrote articles for the Times that were litanies of ignorance and prejudice. They were text book examples of how badly wrong the media can be about gaming. Then the Times made a massive U turn in an article about GTA IV. The writer of the article was obviously not a gamer but at least the sentiment was headed in the right direction at last.

The Mail, though, is a different matter. They are the bastion of indignation and fear,Â displaying an unheathy obsession with immigration and house prices. And a long running war against video games. Recently two rent-an-article journalists have put substantial blots on their career records by writing very silly anti gamingÂ articles in the Mail. Anne Diamond went first with a totally crass sensationalist piece about adult games having adult content. But this was bettered in the stupidity stakes by Rosie Millard writing an article that said more about her parenting skills and intellectual grasp than it did about gaming.

The Rosie Millard article was so bad that the MailÂ website did not receive one positive comment that they could publish. Instead it was inundated with negative comments that they refused to publish. Many people wrote letters to the editor. And there was a uniform negative response across the online media. I hope the fee that Rosie Millard received for this article was worth the massive damage to her reputation.

Which brings us to GTA IV. The Mail’sÂ attitude was that it isÂ “a squalid game that steals young minds”. Which flies in the face of academic research such as the book Grand Theft Chidhood. In other words they were wrong, as usual. So it is amazing that they have nowÂ done a complete about turn. A 180 of enormous ramification for the popular reporting of gaming. If we can win the Mail over then we have a chance at defeatingÂ ignorant prejudice everywhere.

The volte-face comes in a TV &showbizÂ review of GTA IV by James O’Brien. He obviouly realises that this is one of the greatest games ever, but more than that it is a major global cultural event. At last the Mail reports gaming as it really is: “There’s no denying, however, that this latest version of the Grand Theft franchise is a phenomenal technological and creative achievement that is set to generate more money for its British designers than any Hollywood release in years.” and “The action is as epic as it is violent, with graphics and cinematic “motion capture” technology delivering a degree of verisimilitude so great that it frequently feels more like participating in a movie than playing a game. Stunts are better than ever, but the driving itself is a revelation.” and “Killing is occasionally optional, dialogue and cut scenes are devoted to Nikos’s inner turmoil and while criminality and violence are certainly glorified, its perpetrators are somehow not. Even Nikos has sufficient soul to see his employers for the scum they are.”

Intelligent and informed stuff. And almost unbelievable that it was in the Mail. Let’s hope they can maintain these new, high, journalistic standards. And not fall back to the ignorance and prejudice that was their former hallmark on the subject.Â