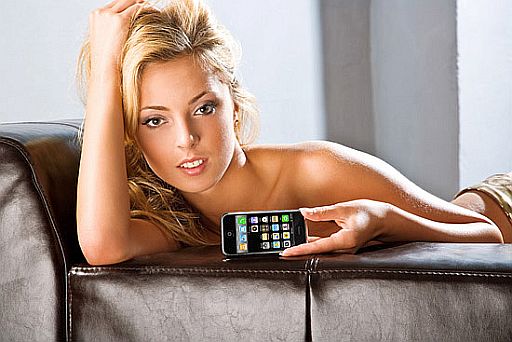 We are heading into E3 with Apple firmly in the driving seat when it comes to mobile gaming. Their iPhone and App Store combination has been one of the biggest and fastest events ever in the history of video gaming. Very rapidly they have built themselves an entrenched position that you may think puts them a long way ahead of the competition. But maybe not.

Apple have a business plan of only using one airtime provider per territory. This has been fundamental to how they make money out of iPhone. However it is very limiting. So expect Apple to bring out new, different, iPhones with different features and benefits that can be sold through a different airtime provider in each territory. They need to do this to expand their use base.

Another area that Apple need to address is netbooks. These are taking the world by storm and Apple are being left out. Apple have two possible answers to the market need. They can make a very small MacBook. They have done this to an extent with the new 13 inch model but it is three times the price it needs to be in order to compete. The second answer is to make a big iPhone/iPod, something tablet sized that uses touch screen and has the functionality of an Atom netbook. This is very strongly rumoured to be imminent.

Of course Microsoft want to change this situation and the combination of Zune and Xbox Live will be their weapon of choice. Everyone is getting very excited about a couple of Tweets that have emerged recently from Microsoft. “June 2009 will be an important month for Zune lovers.” and “New product launch, that’s all I’m allowed to say. Hold off from buying an iPhone/Pre.” I bet that has got you excited. It would be extremely foolish to underestimate Microsoft who traditionally win in new markets they enter after an initial slow start. So I think this new Zune really could be very special indeed.

But the big threat to Apple does not appear to be coming from Microsoft at the moment, it is coming from Google. In Android Google have created their best product yet in that it integrates all their other products and a whole lot more in your pocket. And because Android handsets are manufactured by third parties and sold by third parties they are not blighted by Google’s abysmal lack of marketing culture. Expect a flood of Android handsets from a wide range of manufacturers, it will take a lot to stop them dominating the market. And just as with Apple there is the potential to build a netbook beater, all they need to do is increase the form factor. Such a device will be a lot cheaper than the Apple equivalent and on current performance it will be a lot better too. It is coming.

This whole product area could have been owned by Sony. They were uniquely positioned to exploit it with a rich back groung in mobile video games, MP3 players and mobile phones. Yet they screwed up with their different corporate divisions not talking to each other. And still they seem to have lost the plot. The new Sony X series Walkman has some nice features but it completely misses the target. If the new PSP is not a phone then Sony might as well give up.

Finally we have Nokia and Nintendo. Two massive players who seem to be peripheral to what is happening out there. They are both too big and too successful to see this whole market pass them by. So they both need to come up with big announcements soon.