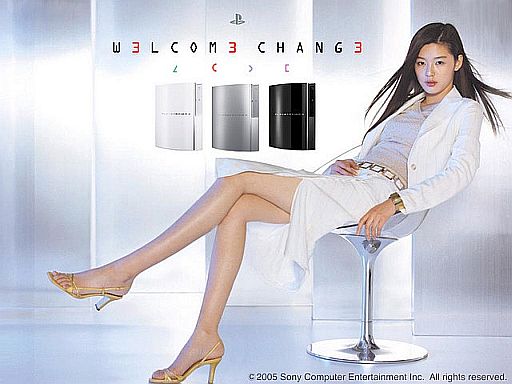 Howard Stringer, CEO of Sony, has just given this very perceptive interview and I highly recommend reading it. Here are a few highlights.

“A crisis is also an opportunity.” This is brilliantly incisive. When things are going well there is little for a manager to do. When things get very bad a good manager can make a big difference. I have always said that when all you have is lemons you can still make lemonade.

“It’s clear that customer preferences are changing, and I think this fact indicates what the next steps in TV evolution are likely to be.” This has to be making televisions smarter so they become interactive and handle a wider range of content. The dumb television we have today is a dinosaur.

“We developed brand new, absolutely incredible technology for the PlayStation 3 (PS3), but the cost was high. We’ve adopted a slightly different approach now, and are evolving the PS3 into a platform for Web services.” Yep, the PS3 is coming third this generation, partly because it was too costly to make. And as for Web services, they have the example of the brilliant success that Microsoft have had with Xbox Live.

“Right now is an excellent opportunity for consumer electronics companies to improve their understanding of consumers. Five years ago content companies were regarded as king in our industry, but that was wrong: the customer is king.” He is not wrong here. I am amazed at the number of company bosses who go round with their eyes closed because they haven’t the faintest idea about the realities of what their customers are doing. Every business needs a robust mechanism for putting the customer at the heart of decision making.

“The spread of the Internet has given them the power to dictate how products are used, and an increasing number of people are discovering new ways to have fun, such as by creating their own content.” Something that seems to have passed a lot of bosses by. Just look at rFactor to see how much work customers are prepared to do to create content.

“Understanding customers will also help us uncover hidden customers. The Wii from Nintendo Co Ltd of Japan is an excellent example. They didn’t develop any unique technology; they just realized that there was potential demand out there for something different from conventional games, and thought about how to satisfy different demands from different age groups. They attained results that the PS3 hasn’t; namely, generating profit from hardware sales.” Howard Stringer learns a hard lesson from Nintendo and eats humble pie.

“Sony hasn’t taken open technology very seriously in the past.” Obviously Howard Stringer has been reading this blog! One of the biggest failings of Sony, a failing that has cost billions and repeatedly lost them market position is their historic obsession with trying to create media standards. Let’s hope that they have finally learned.

“Next we will be expanding the PlayStation Network to hardware other than the PS3, because the number of PS3 units sold puts a limit on the scale of the network possible.”Â  So that means smart televisions and smart phones connected to PSN. Microsoft will be doing the same with Live. So PSN and Live could evolve to be the two most important products in the whole of entertainment.

“Sony has a vertical structure for each product line, an organizational structure that resists change.” Sony’s biggest corporate weakness and one I have pointed out before. We should have seen a PSP phone years ago. And the movie division and the gaming division content should have long since been integrated. Howard Stringer needs to break down walls.

“It was pretty simple, with the manufacturer providing products and the customer either buying them if they liked the goods, or not. The Internet and information technology have changed all that.” Oh yes, the internet allows a company to have a real time two way dialogue with every single customer. Something I love. Yet something that scares a lot of old school managers.

“All content is useless without hardware. Conversely, though, no matter how good the hardware, it can never realize its true value without content. Both hardware and content have to be there for the customer to receive that value.” And there we have it, the conundrum of the modern age. The big problem that Apple, Microsoft, Nintendo, Nokia, Sony and Google all face. The only way is with third party relationships, but they are difficult to manage.

You really need to read the whole article with great care. It is packed with detail that is open to a lot of analysis.