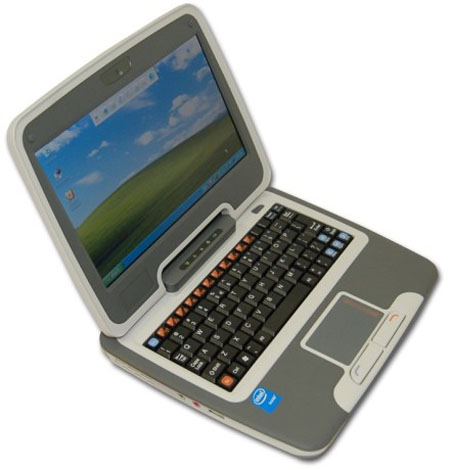 NetbooksÂ work with the cloud. You use online applications like Googlemail and Google Documents. So you don’t even need a hard drive, which is why many netbooks don’t have one. It also means that this incredibly portable device can be taken all over the world yet has the power, via the cloud, to do all the proper computing tasks you would want.

So netbooks are going to become massive. Dell and Acer said they wouldn’t get into this market. But when they saw where it was going they quickly changed their minds. These machines work very well with a version of Linux called Ubuntu and this has just been made available for the ARM processor. ARM/Ubuntu machines have the potential to be cheaper than Intel/Windows machines which will drive prices down even further. $100 is not an impossible end user price.

So netbooks will almost certainly become the most popular PCs. And PC gaming is already far bigger than all console gaming put together. So netbooks are headed towards being one of the most important gaming machines on earth. And this has a significant impact on the future of gaming.

Netbooks have reduced storage and processing capabilities. They cannot store and run big and complex games internally. They make up for this by having brilliant connectivity. So they are the perfect tool for playing online games such as MMOs and the contents ofÂ all the casual gaming portals. They are going to have an immense effect on pushing gaming onto servers. Boxed retail games are not what netbooks are about.

This is another arrow in the back of high street game retail. And another majorÂ factor into making gaming an online industry. So it will help force social networking and gaming closer together. Portals like SteamÂ need to evolve to become more server based but they are agile enough to do so. It will not be a revolution, more like speeded up evolution.

As ever in the gaming industry we live in interesting times.