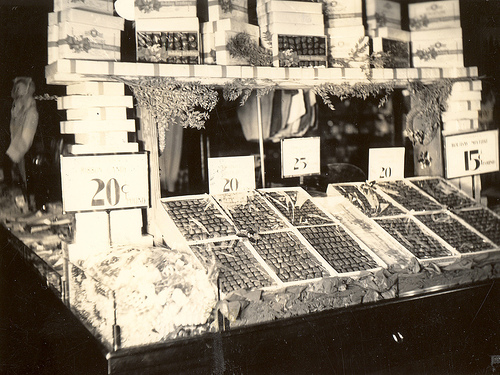 Everyone knows that you sell more of something when it is cheaper, the economists call it price elasticity of demand. So in the days of budget games for 8 bit home computers we sold, quite literally, millions of games. At one stage at Codemasters we had over 27% of the total UK gameÂ market.

But there was also another mechanism coming into play here. At the time piracy was rampant. Vastly more games were being stolen using tape to tape copying than were being bought. But the budget games were so cheap at Â£1.99 (laterÂ  Â£2.99) that they were hardly worth copying. For a bit of pocket money you could have the real thing.

Fast forward to today and we have a retail boxed PC game sector that is being torn to shreds by the thieves. Many publishers have abandoned the market, sharply reducing the amount of new titles available. And the price mechanism is in play. These games are sold for lower prices than their console equivalents. Partly because there is no license fee to pay to a platform holder and partly to give better value to discourage piracy. But even this is not working.

Because PC games are not controlled by a platform holder the publisher can do what he wants. This means that they canÂ have a second bite at the market by re-releasing games at budget when the full price sales have died down. This is good because even people who have stolen the game previously will be tempted to splash out a small amount to own the real thing. Also it has the benefit of damping down the secondhand market, which has to be good from the publishers point of view. So PC budget gaming has grown to be a significant part of the market.

But now we are seeing a significant shift. Increasingly publishers are not bothering trying to sell a game at full price. Piracy has just made this a waste of time. Instead publishers are going straight to budget. So we are now in exactly the same position as we were with 8 bit home computer games on cassette. Budget has become the only viable business model for stand alone boxed PC games at retail.