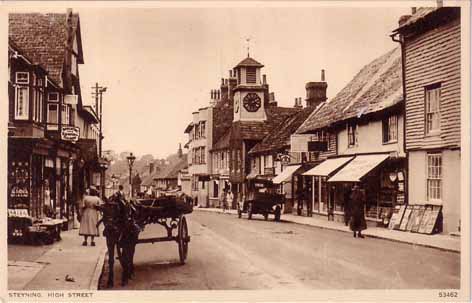 High street game retail has never had it so good as it is now,Â with three console manufacturers all succeeding and an ever widening demographic. But this next year or do are the peak of a wave and it will be rapidly downhill from then. Already high street retail sells a far smaller fraction of gaming than online provides.

Firstly far more games are stolen on peer to peer networks than are bought. So people are perfectly happy to accept delivery of games in this way. Admittedly without paying for them.

Then there is the legitimate online gaming. Habbo, Maple Story, Runescape, World of WarcraftÂ etc with tens of millions of players.Â Downloadable games from all three platform holders, which is exceeding their wildest expectations. Steam and the other online content providers looking after the PC market. And theÂ 800 pound gorillaÂ that is casual gaming.

The main function of consoles is to act as an anti piracy dongle. And whilst this isn’t broken high street still has aÂ role for this generation. However the world is very rapidly converting to 100Mbps broadband, which makes a console as a media hub based on the internetÂ a practical reality. One which Sony and Microsoft are both working towards with ever bigger hard drives.

An alternative future is to have server based gaming with a fairly thin client in the home, perhaps built into the TV. This approach has the benefits of far lower hardware costs and zero piracy. Microsoft have invested heavily with a Chinese TV manufacturer, probably for this reason and Sony are already a major TV manufacturer.

Then there is the view of Alex St. John of WildTangent who thinks that consoles will die out to be replaced by PC gaming. I am inclined to disagree with this for a number of reasons: cost, lack of standardisation, piracy, lack of platform holder to market it, horrible architecture,Â poor entertainment hub capabilities etc etc

Download offers a lot of advantages over retail. A far wider range of productÂ would beÂ on offer with no stock problems, delivery is far more convenient withÂ the gameÂ loaded directÂ on your game machine, there is no plastic and cardboard to clutter up your house, cutting out the costs of distribution and retail mean games can be cheaper to buy and publishers and developers have a better business model with a long tail so are far more likely to create niche games.

So the future will definitely be online andÂ could be powerful entertainment hubs or server based gaming. Or both. Or maybe PCs. What is for sure is that none of these options need a high street.