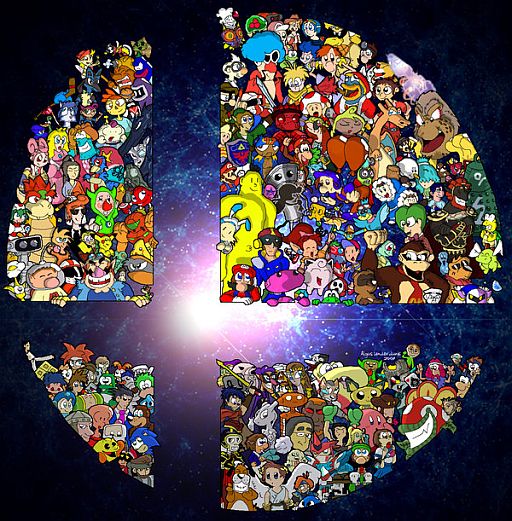 In February 2008 the release of Super Smash Bros. Brawl (SSBB) on the Wii was being treated by some sectors of the game playing community as if it were the second coming. They were little short of hysterical about how this was the greatest thing ever and how it would dominate the market for the year.

Against this background I wrote an article on here putting SSBB into context. It is a truly excellent game (currently it is the fourth best Wii game on Metacritic with 93), which is something that gaming always needs. And though I said it would be massive I said that it would not be one of the biggest games of 2008, just like Super Mario Galaxy (metacritic 97) hadn’t been one of the biggest games the year before, and for the same reason. The Wii is mainly owned by very casual game players and SSBB is a game for serious game players. So there is a mismatch of the game against the owners of the platform it was on.

The article set off an amazing tirade of abuse from the fanboys. The article received vast numbers of comments from them, most of which were personally rude and abusive towards me. Obviously I deleted them. But I left a lot of the non abusive comments for posterity just so people can see how misguided fanboys are. The ignorant abuse wasn’t limited to here, it was elsewhere on the interweb. Just look at this thread on VGChartz for example.

But now it is nearly a year later and we can look back at what actually happened in the market. I was right and the fanboys were wrong. In the UK all formats chart for the year SSBB only managed to come 36th. And like I said would happen it was beaten by lots of gamers games on the HD consoles. GTA IV at number 3, for instance. And the casual games on the Wii massively outperformed SSBB. Mario Kart at number 2 and Wii Fit at number 5 for the year, for example. And as I pointed out, these casual games keep selling for far longer, Wii Fit is currently the number one best selling game in the UK.

So the fanboys have egg all over their faces. Will they be contrite and apologise for their abuse? Will they revisit their thread on VGChartz to say how wrong they were? Hardly likely, is it?

The fact remains that the Wii is a brilliant toy and so the vast majority of its users are casual, but when it comes to serious gaming the Xbox 360 is by far the best console, with the PS3 also being significantly better. And you don’t have to take my word for it, just look at what the serious gamers on rllmuk forum are saying.