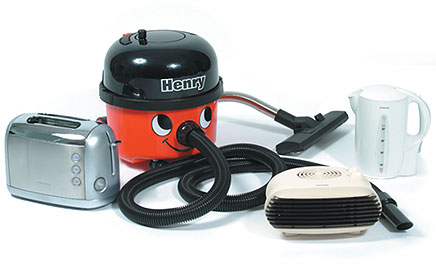 I have put the case on here in the past that the Wii could be a bubble that will inevitably burst. So I thought it only fair to give voice to the opposite arguments. Go into virtually any home and there are certain electronic devices you will find. A TV, a radio, a DVD player, a phone and so on. Is the Wii destined to join these in becoming ubiquitous in Western homes?

The enormous success of the Wii thus far (it has sold something pretty close to as many as the Xbox 360 and the Playstation 3 combined) is down to just two factors. The first is the great man/machine interfaces, the hand held motion sensor and the balance board. These overcome the barrier that the traditional game controller presents to most people who are not in the core game playing demographic. The second factor is first party Nintendo games. There are a surprisingly small number of these titles but they are some of the best video game entertainment that has ever been created.

As a little aside here it is well worth mentioning game polish. This is something the movie industry takes for granted. After you have finished making the content for a movie/game you then need to work away, perhaps for months, to finesse every detail, no matter how small, so that the finished product is a perfect as it can be. Nintendo are one of the very few game developers in the world who polish their games properly. Which is amazing when you consider that it can easily double, triple or more the sales of a game. Even more amazing when we have the example of the movie industry and our products need it more than theirs do.

Back on track. The two Nintendo success factors had the effect of massively broadening out their customer demographic. Traditional game consoles were mainly used by 20ish males, the Wii is used by everyone. So the potential for the traditional console was limited and there were only so many homes that it was likely to end up in. The Wii could, and does, end up in just about any home.

It is amazing how few actual games titles are behind the success of the Wii. For the broad demographic it is principally Wii Fit, Wii Sports and Mario Cart. (Interestingly non of these make the Wii top 20 on Metacritic which just shows how out of touch game reviewers are with reality). Nintendo have not forgotten the core gamer with titles like Super Mario Galaxy, Super Smash Bros. Brawl and Legend of Zelda. These are such superlative games that any true core gamer should own a Wii just to access them, even (as is most likely) their main gaming machine is an HD console.

But third party developers have, by and large, missed the boat. Most of what they have produced is cheap and nasty shovelware with low production values that is destined for failure. Way back in 2007 I wrote the following “rules” for Wii development:
1) Donâ€™t do shovelware. You are just damaging your brand(s).
2) Write Wii specific titles. Donâ€™t port. You have to respect the interface difference.
3) Understand that most Wiis live in the lounge. And most other consoles live in the bedroom.
4) Polish, lots. Then polish some more.
5) Realise that you have to provide entertainment for the population at large. FPS titles are not a good idea.
6) You need to market completely differently. PR in womenâ€™s magazines will work a lot better than adverts in game magazines.
7) Talk to your wife/girlfriend. They understand the Wii better than you do.
A lot of game developers would be a lot richer now if they had taken heed of these.

So we are left with a number of questions that need answering if we are going to understand where the Wii is going (sorry, it’s another list!):
1) Is the very small catalogue of really big games on the Wii enough to keep sales momentum going?
2) Will Nintendo release any more games of this stature on the Wii platform?
3) Will third party developer ever “get” what the Wii is about, mostly they haven’t yet?
4) When will Nintendo pull the plug on the Wii and move on to the next model (this could be as soon as this year)?
5) What effect will the recession/depression have on casual video gaming?
I haven’t the faintest idea what the answers to these are but, as ever in this industry, it will be interesting finding out.

Of course Microsoft and Sony have missed out massively. They misread the market by targeting the core gamer and didn’t realise that the potential was there to bring video gaming toÂ  a far broader demographic. Of the two it is Microsoft who have adapted best, as the recent changes to Xbox Live demonstrate. Sony seem to be just sailing on regardless, totally oblivious to the new paradigm the industry is working in.

Amongst third party developers there are some green shoots of understanding about what the market has become. Guitar Hero and Rock band being two of the best examples. But overall it is amazing how sclerotic the brains of many industry decision makers have been. I could name names but some of the recent company results give you a fair idea.

So to answer the original question, will the Wii become a ubiquitous domestic appliance? It would have to jump through a number of difficult hurdles to do so. Perhaps a video game console more likely to achieve such an accolade is the upcoming HD Super Wii. We will see.