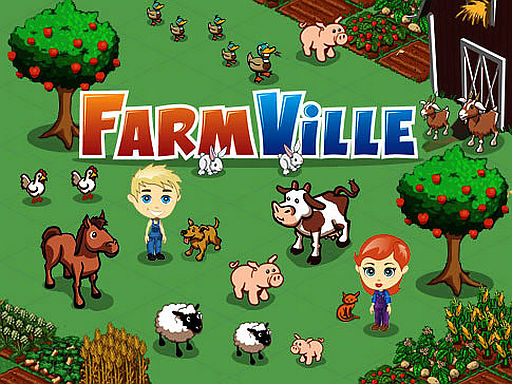 The internet is changing very fast. Take video for instance, last year (2009) YouTube was bigger than the whole internet was in the year 2000. And in many ways Facebook is now the biggest thing on the internet. Right at the very beginning of the history of this blog I said that social networking and gaming would converge to become the same thing. The evolution in this area since then has been astounding.

So Facebook has 400 million active users worldwide. Let’s compare that as a gaming platform with some of the others. Wii 67 million, 360 38 million, PS3 32 million, DS 125 million, PSP 54 million, iPhone 43 million. Do the maths, Facebook is bigger than all these platforms put together.

With such a huge audience you would expect Facebook games to reach a substantial audience. And they do. FarmVille has over 75 million active users (and it is just 8 months old). Compare that with some other games. World of Warcraft is perhaps over 11 million active, RuneScape is probably about the same, Modern Warfare 2 has maybe sold 16 million units. You must be getting the idea now, Facebook games can dwarf those on any other platform in terms of popularity.

Which brings us nicely to Facebook on smartphones. According to research published by the Guardian it is the number one website for mobile popularity, and their research showed that already over a quarter of the UK’s population is accessing the internet by phone. And, by coincidence, a quarter of Facebook’s users in the world are accessing it from their phone. That is 100 million smartphone facebook users.

So these are impressive number. Now they get more impressive. In September ’09 there were just 65 million smartphone facebook users. So it has gone up by over 50% in just 5 months. Show me any other gaming platform that is exploding in popularity at this rate.

And there is a huge amount more to come. The world makes about a billion new mobile phones each year, currently very approximately10% of these (100 million) are smartphones. This percentage is going to ramp up massively, already Â£100 at retail smartphones are predicted for this year, so hardly anyone in the first world will buy a non smartphone. But as the price collapse continues this will spread to the rest of the world.

So then you have to ask the question. Do you develop games for Application Stores or for FaceBook? That looks like the subject of another article.