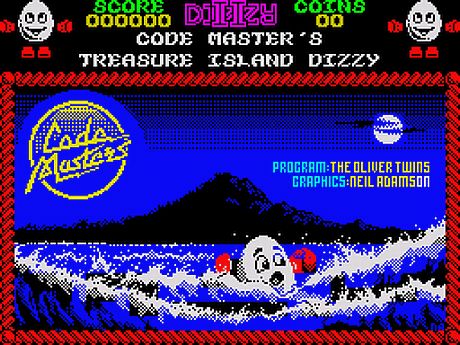 Let’s get the facts out of the way first, Christian Svensson, Capcom’s VP, strategic planning and business development, has given an interview to GamesIndustry.biz in which he said “There is nothing more difficult in this business than launching new IP”. This is one of the greatest truths of video game marketing and it divides the industry into three sorts of people.

The first are those who don’t know how difficult it is but do it anyway, only to usually fail. Obviously these people don’t last long in business. They had nearly died out until the low cost of entry to iPhone publishing brought whole new swathes of innocents to the slaughter.

The second are those who know exactly how difficult it is so they don’t do it. Instead they churn out sequels and publish their IP on every single platform imaginable. This can make you money, but every brand has a lifecycle, so they are not building any value for the future.

The third group are those who understand the importance and value of creating new brands. They use hard work, skill and craft to nurture their offspring in the world. They persevere through adversity and toil till they have built something of true value.

The biggest problem it when a publisher (let’s say EA) tries to make the transition from the second group above to the third. If a marketing team has lured themselves into the easy security of sequels and licensed products then a new, original IP will come as a complete culture shock. They need to create brand values that have resonance and which work in the market. They need to communicate totally new ideas and concepts to a global audience. The challenge is vast. But then it is never easy to build true value.

At Codemasters I worked on several brand new IPs that went on to be massive sellers and chart successes, the Dizzy series and Flashpoint, for instance. In the early 2000s we had a load of established franchises that were regular money in the bank: Colin McRae, LMA Football Manager, TOCA/Race Driver, Snooker, Music, Micro Machines etc.Â  But we went through a phase of introducing a new brand, of doing all the hard work, then not following it up. Obviously Flashpoint is the most famous of these (an 8 year gap between releases!!), but there were others like Severance Blade of Darkness, Prisoner of War, Insane, Second Sight and Perimeter. All of which needed nurturing and treating as a brand, but which weren’t. So much lost potential.

And talking of lost potential, when is someone going to have the sense to relaunch the Dizzy brand? It was truly massive before the falling out between the Olivers and the Darlings. It was the 8 bit computer equivalent of Mario. A production line of number one hits. Even today the Dizzy brand still has resonance. It is almost unbelievable that nobody has had the gumption to run with this. Especially when you see some of the rubbish IPs that publishers throw money at.