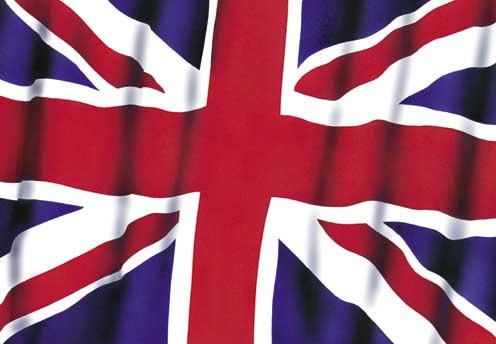 And Britain once owned some of the best development and publishing companies in the world. Much of the development of gaming as an entertainment medium happened in Britain because of these companies. At one stage it looked like we were gunning to become the number one nation in the global game industry.

So lets look at the reality today. Most of the British development and publishing industry is foreign owned. And the industry is not growing anything like it is growing in other countries. After many years of holding the number three slot behind America and Japan we have now been relegated to fourth by the Canadians. But we won’t be fourth for long, soon we will be sixth as the video game industry ramps up massively in Korea and China.

And you all know what caused this national disaster, firstly some abysmal management (many of whom I have met and some I have worked with) and apathetic government (which I dealt with for years). The brilliant development talent was badly let down. Lions led by donkeys. Which is why so many of them voted with their feet and emigrated to lands where their talents are better appreciated. When I go to Linkedin people search and put Codemasters (where I once worked) as the company and Canada as the country it brings up a list of people who I once worked with in Warwickshire who now add value to the Canadian economy.

But despite the awfulness of the current situation there is a time of opportunity coming up that could reverse our fortunes. The first is that most other industries are in a dire state. Only gaming and government bureaucracy are thriving. So lots and lots of really talented people are being made redundant and coming onto the job market. Which means that we can pick and choose the best. We have an opportunity to replace amateur marketing and management with top level proven professionals with the ability to dynamically propel our industry forward. An influx of talent could be the blood transfusion that the withering body of British gaming needs.

The second opportunity is that this loathsome, ordurous, abysmal, execrable, abhorrent, incompetent Labour government will soon be gone. And with them the reliance on the City to be the engine of the British economy. The incoming Conservatives cannot possibly be as bad. They only need to be reasonably competent to be unimaginably massively better. And with them should come a more balanced view of the British economy. Especially bringing much needed emphasis to manufacturing and to knowledge based industries. And gaming is a knowledge based industry.

The British are brilliant at knowledge based industries. In fact much of what the City did was a knowledge based industry. It was just misapplied to high stakes gambling instead of to goods and services that people really want and need. And there are a plethora of world class knowledge based companies that prosper in Britain despite the best efforts of the loathsome, ordurous, abysmal, execrable, abhorrent, incompetent Labour government. Companies like ARM, Ricardo, Atkins, WPP and so many more. We have a fantastic heritage and foundation on which to build and any government would be foolish not to.

So who could make sure that we take advantage of these two massive opportunities? Who will be the catalyst to be at the centre of things and make sure that UK gaming prospers as it could and should? The answer of course could well be the trade associations, ELSPA and TIGA. But do they have the clout and intellectual horsepower to do the job? Time will tell. Really, as I have said many times before, we need a Games Council just as all the other creative industries have their Councils to promote them and look after their interests.

And will this happen, will the British game publishing and development step out of the gloom into a bright sunny upland of opportunity, jobs, profit and contribution to the national economy? Despite the fact that they very well could I doubt that it will happen. Firstly the amateur management are well entrenched and know their limitations, so they see anyone with competence as a threat. They don’t realise that the key to success is to always employ people better than yourself. And I see no evidence that the incoming Conservative government realise the economic importance of the games industry. Everything their senior members say about games is negative, misinformed and plain ignorant.

So, as ever, we live in interesting times.