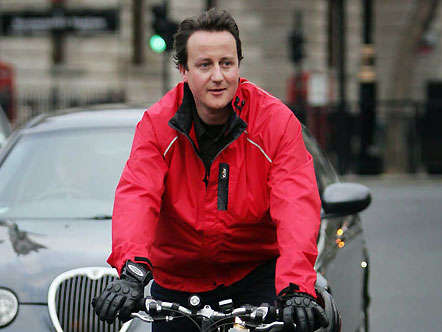 The Conservatives have just won the Crewe and Nantwich by-election from Gordon Brown’s Labour party with aÂ huge 17.6% swing. This is massively good news as it presages our getting rid of the current hated, failed, incompetent Labour government. Which has to be a good thing for everyone in Britain except for all the Labour MPs who are going to lose their parliamentary seats.

But before you cheer too much or too loud it would be good to remember that the Conservative leader, David Cameron, has the typical mistakenÂ Daily Mail attitude towards video games that so many of his generation share. He just doesn’t understand them and that lack of understanding comes out in what he says. Which might just end up being government policy when he wins the next general election.

In theÂ Conservatives paper “Itâ€™s Time To Fight Back”Â they argue that depictions of “extreme, casual and callous violence” have a “coarsening effect on the ethical sensibility of young people”. An attempt to link in game violence with real life violence. An attemptedÂ link which is totally wrong and discredited. Surely the Conservatives are not looking for a scapegoat here.

In August last year David Cameron said:Â “Yes, tough laws, strong action on the police, but also action to strengthen our society.Â  And that includes, I think, video games and things like that where we do need to think of the context in which people are growing up.” You can see where this is going, obviously banning GTA IV would strengthen our society. He also said: “the companies which make music videos, films and computer games have a social responsibility not to promote casual violence, the gang culture and the degradation of women.” Notice, no mention of books. Yet books are the worst popular medium for this sort of content. And books have no age rating.

Previous Post: The Olympic games, another old man criticises video games
Next Post: Have Microsoft lost the plot with XBLA?