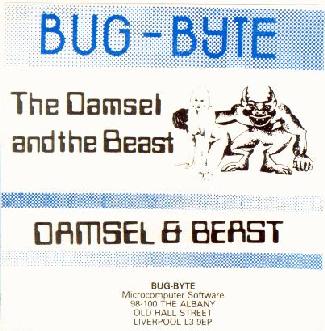 Originally I trained as an accountant, not because I wanted to be an accountant but because I wanted to learn as much as possible about business before starting my own. This I did in July 1978 when I opened one of the first computer stores, Microdigital, in Liverpool. As home computing rapidly took off I found myself over trading and around 1980 sold out to Laskys, the retail side of the Ladbroke Group. We thenÂ expanded by putting stores within stores in their Hi Fi shops and they put me through their management training mill at Carewell Lodge, near to Lingfield Race Course.

I could have ended up in retail for ever except for a dispute I had with my boss, the managing director of Laskys. Basically I created a business plan then generated weekly reports forÂ them and attended monthly metings at head office in London with the board of directors. The problem was that we were doing far too well and vastly exceeding the planned turnover. We had become the biggest home computer retailer in Britain by some margin.Â I hadÂ my staff working silly amounts of overtime (and asking to do less) to keep up because they wouldn’t allow me any more people.

This came to a head in one of the monthly meetings with the board in London. I pointed out thatÂ our turnover was several times plan and that we desperately needed more staff. The managing director asked me if I had ever heard of overtime so I asked him if he had ever looked at my weekly reports which clearly showed such information.Â  But he wouldn’t budge and I went home with empty hands. I seriously think that we were outperforming his Hi Fi business so much that he was embarrassedÂ and wanted to keep our wings clipped.

So I went up to Liverpool and put all the prices up. Turnover dropped andÂ my staff got to see their families again.

Next time I went to see the board in London they were most concerned at the drop in turnover. I told them that it was deliberate and as it was still well above plan there was nothing to worry about. They nearly fell off their chairs. And I got to negotiate a severance package.

My consolation wasÂ twofold, Â I found myself in demand for consultancy and the Laskys home computer business collapsed. One of the firms I consulted was one of the very first British video game publishers, Bug Byte, who hadÂ employed two of my ex employees from Microdigital, Mark Butler and Eugene Evans.Â TheyÂ had recommended hiringÂ me to help with the marketing. Whilst there I came up with the Bug ByteÂ bug logo and changed their packaging from what is at the top of this articleÂ to the 4 colourÂ inlay with air brushed illustrationÂ that became the template for 8 bit cassette games.

This was the pivotal moment in my career. The point at which I became a part of the video game industry. Since thenÂ my career has beenÂ both in personal computing and video gaming. But it is video gaming that has been the most exciting.

I hadÂ also consulted forÂ a furniture manufacturer and office equipment supplier, Dams, on the Kirby Industrial Estate outside Liverpool. They employed a guy from Manchester called Ian Hetherington.

Then in 1982Â Mark Butler left Bug Byte with David LawsonÂ to form Imagine Software, they asked me to join them as operations managerÂ and Eugene Evans also moved over. After a couple of months I persuaded Mark and David to employ Ian Hetherington. When Imagine became a limited company I was madeÂ operations director with most of my efforts being put to running sales and marketing. Ian Hetherington wasÂ made financial director.

You can read more on here about those early days in Piracy, Imagine SoftwareÂ and the Megagames, I Found an old CVÂ and Gaming Desperately Needs Celebrities.