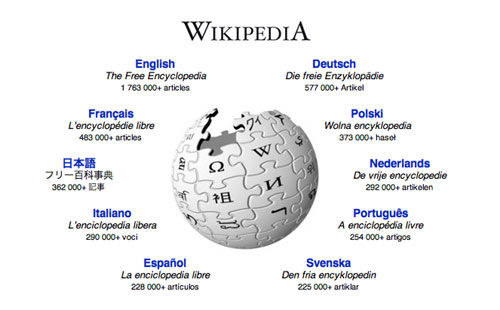 Some people think that Wikipedia is the sum of all human knowledge. With 9.25 million articles it is certainly big and the fact that anyone (supposedly) can add to this store of knowledge should make the content exhaustive and authoritative. There are several articles in Wikipedia that I was a central player in. And from my expert position I can see the flaws in these articles:

So I thought that it would be good to apply my intimate knowledge of these subjects by contributing to Wikipedia. I had already written articles involving all four subjects and those articles are on this blog. So the simplest thing was to add the permalinkÂ for those articles to the External Links section of the Wikipedia entries. Then anyone researching could drill down and get the extra knowledge. So:

You would think this is what Wikipedia is all about. People who are experts on a subject adding their knowledge to the collected expertise of the encyclopedia. So you may be surprised to find that the editors deleted these entries. I wasn’t, though, I had already been warned that the Wikipedia editors are now a destructive force standing in the way of knowledge. That deletions of quality expert additions is now the norm and that a lot of people have given up trying.

Which is a great pity. The enormous problem that Wikipedia has is that it is a monopoly and like all monopolies it is deeply flawed. If they had to face up to competition they would have to get their act together. So it is good to hear on the grapevine that this is a project that Google is planning. In the interests of human knowledge let’s hope so.