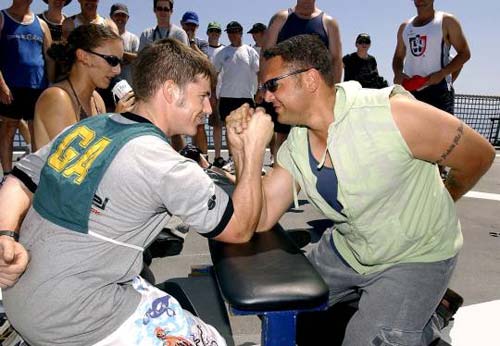 Whilst the outside of a console may remain unchanged through many years of production the internals go through multiple revisions. Some of these are forced, such as when Microsoft tried to stem the Red Ring of Death (RRoD) epidemic last year. But mostly they are to reduce cost. Component count reduces with greater integration and the PCB gets smaller and smaller. A by product of this is less energy consumption, so less heat removal measures are needed and a smaller power supply can be used, both of which save yet more money.

With the current console war being fiercer than ever before, both Microsoft and Sony are putting a lot of work into reducing their manufacturing costs. They know that this gives them room to cut retail prices to gain a competetive advantage. Or to pull back from a competetive disadvantage imposed by the competition. Sony have an advantage here because they have decades of experience of reducing costs in consumer electronics. This is a core competence to them. Microsoft are primarily a software company so are at a natural disadvantage. They have countered this by running a very high powered cost reduction team since dayÂ one of the XboxÂ 360.

It is only recently that I reported here that both manfacturers had improved their Central Processor Unit (CPU) fabrication technology from 90nm to 65nm with consequent reductions in power usage and, for Microsoft, a solution to their RRoD problem. So it is amazing that Sony have now announced a further improvement to 45nm technology. This gives them a massiveÂ 40% further reduction in chip power requirements. Because this is IBM fabrication technology, you can be sure that the Xbox 360 CPU will be going the same way.

The second big chip in these consoles is the Graphics Processing Unit (GPU) which lags somewhat behind in fabrication terms, still being 90nm in the PlaystationÂ PS3. This is said to be coming down to 65nm at the same time as the 45nm CPU introduction. Presumably Microsoft are in a similar position.

But it’s not just the chips. Sony are at a huge cost disadvantage with their Blu Ray drive in the PS3Â compared with the much cheaper DVD in the Microsoft Xbox 360. So they have driven the manufacturing cost of this part down too. Most recently with the introduction of a far smaller and simpler laser diode.Â More problematic is the hard drive. Firstly because the base XbpxÂ 360 doesn’t have one whilst the base PlaystationÂ PS3 does. Secondly because the business model of hard drive manufacturers is not to drive down costs. Instead they raise disk capacity whilst keeping costs the same.

So now you can see the mechanics behind the upcoming price war. It will be interesting to see how quickly the base 360 gets to $199.