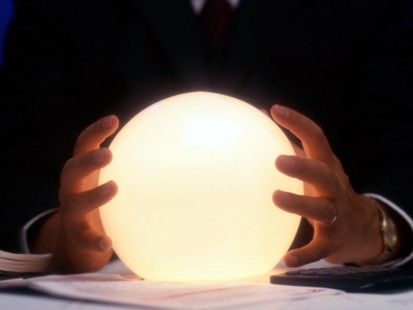 OK, now the following is all supposition and guesswork, so don’t hang me for it in three years time. Also if you have any thoughts on this please add them as comments. This could be a fun debate. What I will do is take each of the three main home consoles in the order that I think that they will be replaced. I will write a quick paragraph about where they are up to this generation. Then a paragraph about what they may possibly do next.

First a massive supposition. Let’s regard the ideal life of a console as ten years with a new generation every five years. Giving the manufacturer a two model range at any one time.

The Nintendo Wii is really just a GameCube 1.5. It has become the fastest selling console of all time because of a brilliant gesture interface, because of some very clever software and mostly because of amazing marketing that has broadened the game playing demographic. Hardware wise it is very much last generation with no hard drive, no HD TV support and the weakest online offering of the three consoles. It was launched to the public in November 2006, so it is just 16 months old. It has probably sold over 20 million units.

Of all three manufacturers Nintendo has the most evolutionary approach to design. So I see their next console as being Wii 1.5. They will probablyÂ need to add a hard drive as the industry moves to a downloaded content business model and they will have to support HD TV. It could be given a new model name or just be called Super Wii (very likely) and will be relatively inexpensive to manufacture. It will be backwards compatible with the Wii to take advantage of all those amazing games and it will be announced within 18 months. The existing Wii model may well remain in production to give a two model range. It would be left asÂ a $199 or even $149 entry level model.

The MicrosoftÂ Xbox 360 is not part of a two model range because Microsoft did not own the rights to the CPU and GPU in the original Xbox so could not drive costs down. The 360 was first of this console generationÂ to market in November 2005 and has sold over 16 million units. It was designed with great care to be economic to manufacture and undergoes a complete internal redesign every year. Microsoft has learned their lesson and own the rights to the main chips. Â When they integrate the CPU and GPU they will be able to sell it very cheaply indeed. $199 or even $149 for the base model, and still make a profit on each one sold. In fact when you look at the 360 it was almost designed to be the cheaper model in a two model range. It wouldn’t surprise me at all if this was Microsoft’s strategy. This machine has by far the best online support with Xbox Live, it is impossible to overstate how important this will be in the future of gaming.

Using our 5/10 year model the Xbox 3 is due in the shops in November 2010. But I think it will be earlier. Firstly because there will be room for it in a two model range and secondly because first mover advantage worked so well for Microsoft last time. It will have a sophisticated gesture interface. With this machine Microsoft has to make a major philosophical decision. Do they want users to store their content on a hard drive on the machine itself or on a remote server as favoured by Google? The remote server has the massive advantage of potentiallyÂ going to a business model where you pay for what you play, not for ownership of the game. And the added advantage that the consoles can be manufactured more cheaply, which is useful in a retail price war. But maybe broadband won’t be fast enough for MicrosoftÂ to make this move with this generation, it is expected to be an adequateÂ 60 Mbit/s by 2012, but that may be too late.

The Sony Playstation PS3 was launched in November 2006, over six years after the launch of the PS2, delayed by technology problems with it’s Cell CPU and BluRay disk drive. It forms part of a two model range with the PS2, which still sells very well. About 10 million PS3s have been sold worldwide despite it’s predecessor being the dominant console of it’s generation. This poor performance was caused byÂ the very high retail price whichÂ was a consequence ofÂ all the new technology it used. Also it is difficult to develop games on which has been a major stumbling block in giving the customers the games that they want. And Sony showed some less than optimum marketing behaviour.

Playstation 4 should come in 2011 according to our model. I think that this will be the earliest that it will appear and that 2012 is more likely. This because the PS3 is still so undeveloped as a product in the market, it has a long way to go. Also Sony doesn’t have a lot of money to go sooner, a console launch canÂ cost billions. And the year or two (or even three)Â delay after Xbox 3 allows them to use Moore’s Law to create something very special indeed.

So (and remember that this is rampant speculation) it will be Super Wii first followed fairlyÂ closely by Xbox 3 then a gap till PS4. All three machines will be even more webcentric, will be backwards compatible (maybe going back more than one generation), will have sophisticated gesture interfaces andÂ willÂ almost certainlyÂ be integrated with hand held consoles. According to Moore’s Law they could have four times the power of theÂ current generation.

Previous Post: Xbox Live Community Games, the most important news in gaming ever?
Next Post: What the experts predict