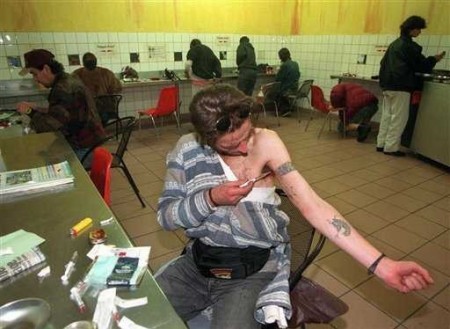 We have all done it. Played a game right through the night. The first time for me was Game Boy Tetris. Which was probably a good thing in that this game was proven to increase brain activity. Like Brian Age, but 20 years earlier. Of course Tetris was a linear game and the Game Boy was a stadalone device. These days, with connectivity and non linearity, games are vastly more addictive.

We all also know someone who has dropped out of education to some degree because their gaming took up too much time. In fact many people have dropped out of life because of it. And you have to argue whether or not this is a good thing. People have freedom of action and if they prefer an online world to the real one then that is their business. The danger is that they are not contributing to society and if everyone did it we would be in a fine mess.

So perhaps the game developers and publishers have a duty of care to prevent game addictiveness becoming too much of a social problem. World of Warcraft (by far the biggest culprit) now has a rest system that rewards you for taking a break. And it has powerful parental controls, as also do most gaming platforms.

But is this enough? The simple fact is that gaming is fantastic entertainment. Better than anything that has ever been done before. So of course it is addictive. When you play your brain is flooded with dopamine and orexin. Which is a very nice to experience. Stop playing and you have to withdraw from the effects of these neurotransmitters. Which is not nice.

So our society has to learn and to adapt to the addictive effects of gaming. It is necessary to accept the reality. We live in a society with many worse forms of addiction: gambling, alcohol, nicotine and hard drugs for starters. And there are far more sociopathic behaviours than addictions. So in the overall scheme of things game addiction isn’t the end of the world.