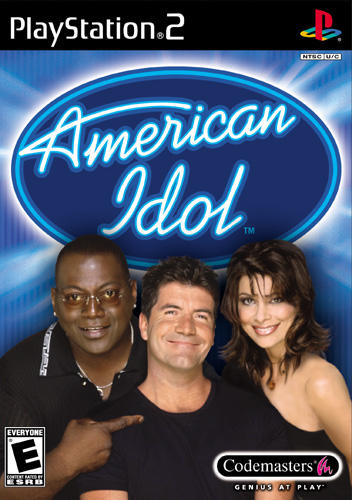 You could use this story in a marketing textbook of how not to do it.

In 2003 Pop Idol was the biggest TV show in the UK and American Idol the biggest in the USA. They were watched avidly by tens of millions of people and the buzz about them was incredible. Contestants became instant celebrities and their music went straight to number one in the charts. It was a social phenomenon.

So when Codemasters had the opportunity to publish a game based on the TV programme it looked like a sure fire hit and the directors snapped it up on PS2 and PC. It was going to cost a huge amount of money for the game and for the license but the brand was so massive that we were sure to make a mint. Extra reassurance came from the successÂ of the game of the TV programme Who Wants To Be A Millionaire. The Idol programmes were far bigger so our game would be even more successful.

We went to the 2003Â E3 and paid a fortune for the B list celebrities from the TV programme to briefly visit theÂ booth. There was a huge scrum of TV cameras as we had our moment of being the biggest thing in the show. It was widely predicted that we would be a guaranteed Christmas number one on both sides of the Atlantic.Â

But the game itself was a total heap of rubbish. When I first saw it I thought “Is that it?”, I thoughtÂ the demonstrationÂ was just a mini game and was waiting to see the mainÂ game.Â It was a dire rhythm matchingÂ effort that was not as good as many thousands of web games that you can play for free. It was embarassing to charge people to play it and it was amazing that the platform holders agreed to manufacture it. One of the worst games ever published.

From a marketing point of view we adopted the strategy of not letting the press see the game. We knew that it would get slaughtered. So they could only get their hands on it when it was published which we hoped would minimise the damage. And when they did review it they said what we already knew, Official Playstation Magazine gave it one point out of five which, quite frankly, flattered the game.

Of course nobody could stop the word getting round thatÂ Idol was so incrediblyÂ awful. The game bombed, which is what it deserved. A million miles away from those Christmas number one predictions. And many millions of pounds wereÂ thrown away.