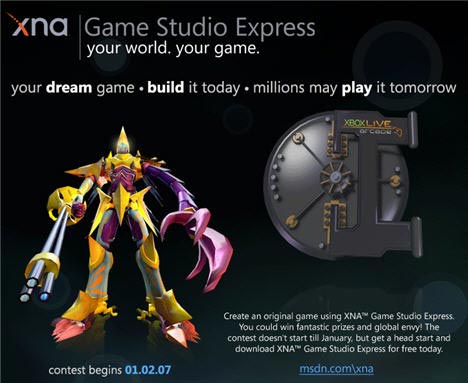 In the past I have described the platform holders as evil because of the business model they force on the world and how the current AAA game development and publishing business is flawed and, ultimately doomed. Also the need for more user generated content has been addressed continually. Now Microsoft have answered all these concerns and more in what can only be described as a stroke of genius. Someone at Microsoft really has got their head screwed on properly when it comes to understanding games and the internet. This is amazingly good news.

What it means is that anyone in the world can write a game using the powerful and easy to use XNA tools. That game can then be published in the new Live Community Games section of Xbox Live. It will become like a Youtube of games with, one day, many thousands of games available.

At one stroke Microsoft have removed all the barriers to game development and more importantly to game publishing. We will have a flowering of innovation and creativity beyond anything the game industry has ever seen before. Probably beyond what any creative industry has ever seen before. The last explosion in gaming creativity was the bedroom Sinclair Spectrum coders in the 1980s (we have been going downhill creatively ever since), this will be thousands of times bigger. The possibilities are infinite.

So now all those tens of thousands of frustrated wannabes who think that game designing is the ultimate career can go and become game designers, there is nothing stopping them except the need for a lot of hard graft. And all the keyboard warriors who rant about what games the industry should do can now go and do it themselves. I can see lots and lots of gaming professionals who have a day job with a big developer now working at home in the evenings to develop their own games, realising ideas that their bosses have never allowed them to do.

All this would be impossible if gaming were still wedded to the cardboard and plastic game distribution model. We are in the middle of a revolution where this is totally replaced with online digital distribution, which offers a whole array of advantages, as we are increasingly seeing. Which makes the Blu-ray victory in the media war look increasingly phyrric.

Also in the middle of all the excitement of the announcements Microsoft let a big secret slip. They said that in the future XNA will be available for Zune. So now we know. Zune will evolve into a mobile gaming platform. It will be connected to the internet and it will use Xbox Live. Exciting stuff.

In the console wars this announcement gives Microsoft an immense advantage as they put more clear blue water between themselves and their competitors. This is the sort of advantage that won’t sell a thousand consoles tomorrow, but that over time will create a compelling case for Xbox 360 (or Xbox 3) ownership.

Of course this is Microsoft’s to screw up. How they go about implementation and how they react to inevitable problems will be critical. This whole thing can be very big. Or it can be truly massive. Let’s hope that the people who implement this have the same genius and insight as the people who created it. 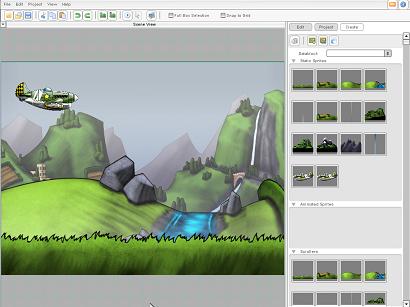