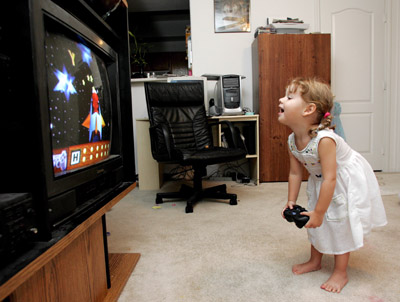 Just now there seems to be a queue of ignorant and misinformed journalists and politicians attacking video gaming without the possession of any facts to support their diatribes. The journalists, obviously, are doing this out of a sense of self importance and the search for fame and glory. The politicians, obviously, are doing it to transfer blame away from their own incompetence and for fame and glory. They make me sick.

So it is refreshing that twoÂ practicing child psychologists have got together and written an article that totally repudiates what these ignorant politicians and journalists are saying. This is important because the authors of this article actually know what they are talking about. They deal with children, and specifically the psychological problems that children have, on a daily basis. They are the experts.

Firstly they look at a similar episode of political stupidity from the past: “In 1955, the U.S. Senate blasted comic books, deploring their depiction of every horrible thing from murder to cannibalism. The lawmakers heard from a prominent psychiatrist who singled out the Superman comic books as especially “injurious to the ethical development of children” because they “arouse phantasies [sic] of sadistic joy” in our youth. Another witness testified that children had been jumping off high places in attempts to fly like their hero. Shame on that Superman. He ruined the lives of so many children!” This tone ofÂ derision is absolutely spot on.

They then pour scorn on the hysteria and theÂ made up facts of the anti gamers. And explain just how flawed correlation studies are: “We could say that during the season when ice cream sales increase, shark attacks also increase. But we could not say the more ice cream you sell, the more you cause shark attacks.”

After that they explain their motives for writing the article: “Some legislative initiatives and public opinions across the country are based on fallacious assumptions, personal biases, political posturing and weak science.”Â The whole games industry realises this, it is nice to have some support.Â Someone should tell Hillary Clinton and Gordon Brown.

And they finish with some practicality, obviously based on their expertise and experience: “Common sense tells you that if 90 percent of households have owned or rented a video game every year – while the juvenile crime rate has been going down for more than a decade – then a little Halo 3 never hurt anybody…”