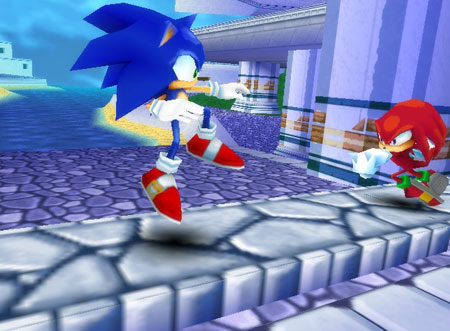 Sega are one of the longest established names in the gaming industry. Since 1940 theirs is a tale of very good times, such as the 1993 arcade game Virtua Fighter. And very bad times such as the video game crash of 1983 and the demise of the Dreamcast in 2001.

They own a dazzling array of intellectual property: Sonic, Sega Rally, Daytona USA, Phantasy Star Online, Jet Set Radio, Shenmue, Chu Chu Rocket, Super Monkey Ball, Football Manager, Virtua Tennis, Skies of Arcadia and literally dozens of others. One of the finest collections of IP in the whole industry and, you would think, a license to print money.

So it is more than a little surprising that they have just posted a loss of JPY 15.7 billion ($ 210 million) for the nine months to December with a forecasted loss for the full year of JPY 26 billion ($ 242.1 million). This at a time when the game industry is booming.

Sega have already made economy measures, closing 110 amusement arcades. Now they are going to shed 400 staff out of just under 3,500. They have reduced pay and bonuses for managerial staff, yet as recently as December the European management were boasting that they were on the acquisition trail.

So now they are a sitting duck to be taken over themselves. And there can be very few juicier targets. Given good management and that heritage of IP, Sega would be a license to print money. And the icing on the cake is that the buyer would get a very strong foothold in the Japanese market.