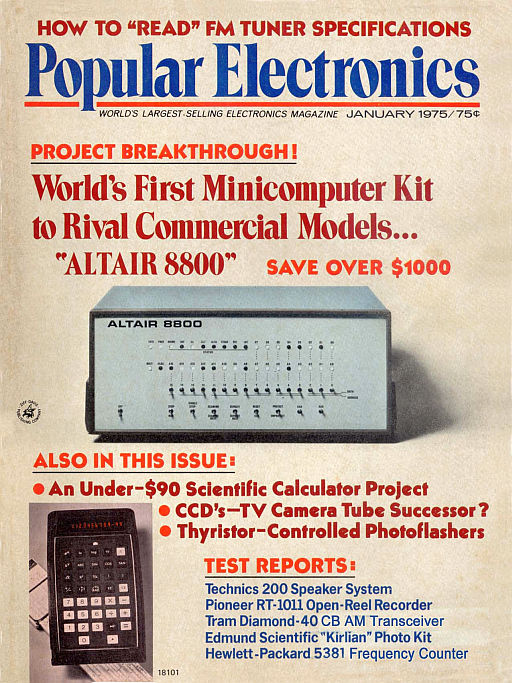 Dr Henry Edward Roberts has died at the age of 68. He was truly the father of home computing, the platform on which video gaming is based. His company was Micro Instrumentation and Telemetry Systems (MITS) and in January 1975 his $395 kit computer, the Altair 8800, appeared on the front cover of Popular Electronics. And the word exploded. They could not keep up with demand, cloned imitators appeared, new magazines were published and a young man wrote a version of the programming language BASIC to run on it. His name was Bill Gates.

The main feature of the architecture of this machine was a backplane bus that cards carrying components plugged into, called the S-100 bus, this became the standard for microcomputers until Apple came along. When I opened my computer store Microdigital, in 1978, we offered an S-100 machine.

It is now well over 30 years since the revolution that we now take for granted happened. It was created by individual people and it is sad that time is now catching up on them, what was real events is now rapidly becoming history.