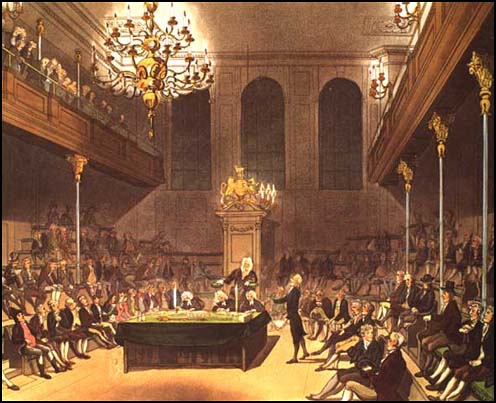 Everybody reading this knows of the enormous importance of the interweb. How it provides instantaneous two way communication and how it is killing off the older, primitive media like newspapers, TV and magazines. They lack interactivity, connectivity and non linearity. And the interweb has been around for a few years now so you would assume that all intelligent educated people are aware of it and are using it.

So the results of research that has been conducted amongst British politicians are quite simply unbelievable. These people, who are elected by us to represent and look after us, haven’t the faintest idea what they are doing. Only 11% of British MPs blog and less than 25% use social networking. The vast majority, obviously, do not believe in having efficient two way communication with the people they represent. Anyone involved in video game marketing will find these figures unbelievable.

Instead of listening to us, it appears that most MPs believe that democracy consists of them telling us what they think and what to do. A full 83% of MPs have websites that they can lecture to us from. Or try to. As quite obviously any regular internet user is going to ignore such stuff and such attitudes.

But things are about to change because of the American example. By far the worst president in the history of the USA, George W Bush, famously did not even use email. Contrast that with Barack Obama who cannot be prised away from his Blackberry and who ran his election campaign largely online. Who believes in empowering the electorate. He has set an example that politicians worldwide now have no option but to follow.

Soon politicians who choose to ignore their constituency online will do so at their peril, because that constituency will reject them. It will be essential for elected politicians to interact with those that they represent. And, perhaps, we will have a better democracy.