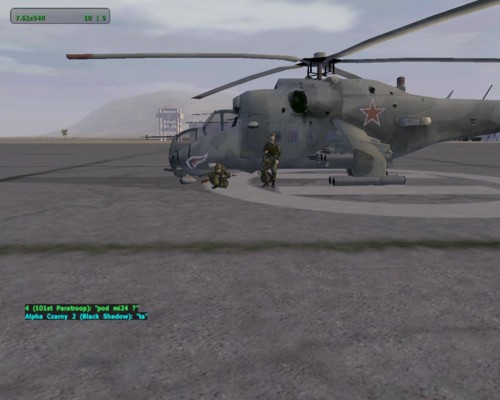 Over 7 years ago now I was involved in the global marketing of the game Operation Flashpoint for the PCÂ at Codemasters. This game had a couple of expansion packs, Red Hammer and Resistance, that were very interesting in their impact on the market. This, along with several other PC games we published at the time, such as Prisoner of War and IGI2, taught me a number of lessons. These I distilled into the concept of the Registered Player Service.

The idea was to release the game when it was incomplete but playable. Imagine a Formula One game with 6 tracks and ten cars. Each customer would thenÂ provide us with an email addressÂ linked toÂ the unique serial number of their copy of the game. So for every game sold we would have an email address. The rest of the content of the game would then be available in a series of downloads over a period of time. Remember most people were still on dial up then so each download would have to be manageable in size.

Here are some of the advantages that this would have given:

The idea was to start with say 20% of content of a game being delivered in this way, gradually increasing the percentage with each successive gameÂ as we climbed the learning curve. As you can see there were many advantages both for the publisher and for the customer. But Codemasters didn’t do it. Looking back at some earlier articles here you can understand why. Politics mainly.Â This was a great pity as it had the potential to have helped prevent the subsequentÂ destructruction of the boxed PC game market by piracy, which has benefited nobody.

Of course the idea now looks old and clunky. But we can see the ethos of it in Steam and in games like Spore.

This is the first time I have ever mentioned the Registered Player Service to anyone not a current Codemasters employee. Like so much that you know when you work in publishing it is essential to maintain confidentiality. Only now do I feel that the industry and technology have moved on so much that secrecy is no longer necessary.

(btw I am one of the characters in Operation Flashpoint, or at least my likeness is. The producer, Richard Blenkinsop, took the photographs. So I ended up on millions of computers around the world.)