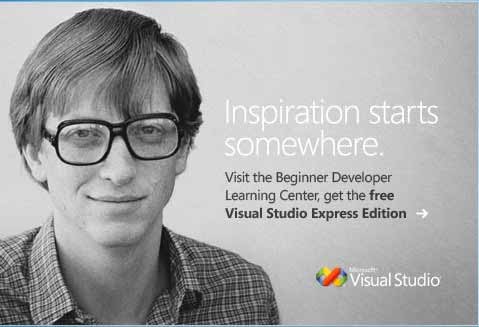 The true importance of Natal to our future is gradually being revealed.

Initially it was presented at E3 ’09 as a gesture interface for the Microsoft Xbox 360 that was technically superior to its competitors and which held a huge amount of intriguing promise for the future of gaming. So it is massively significant.

Then Microsoft said that they would be relaunching the 360 on the back of Natal, as it would be like a new platform generation. Fair enough, this is obviously getting more massively significant.

Then it takes Bill Gates to drop the bombshell in this CNET interview. Natal is not just for Xbox, it is for Windows too. And for far, far more than just gaming: “I’d say a cool example of that, that you’ll see is kind of stunning, in a little over a year, is this (depth-sensing) camera thing… Not just for games, but for media consumption as a whole… If they connect it up to Windows PCs for interacting in terms of meetings, and collaboration, and communication.”

He then goes on: “Well, I think the value is as great for if you’re in the home, as you want to manage your movies, music, home system type stuff, it’s very cool there. And I think there’s incredible value as we use that in the office connected to a Windows PC. So Microsoft research and the product groups have a lot going on there, because you can use the cost reduction that will take place over the years to say, “Why shouldn’t that be in most office environments?” ”

This is big. It is a long time since the mouse was added to the keyboard as the standard PC interface. Now we are going to an altogether higher level. Face, skeletal and voice recognition brought to the PC in one go. The possibilities are limitless and it will allow us humans to do so many things that we couldn’t do before.