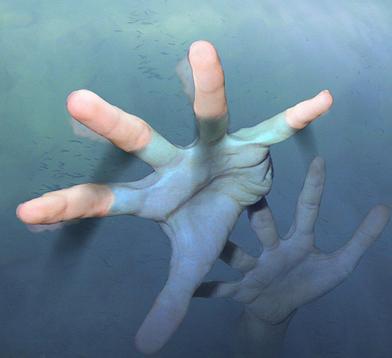 Microsoft once had a near monopoly on web browsers with Explorer, so it comes almost as a shock to find that the web browser most used to accessÂ Bruceongames is Firefox 3 and that even the undermarketed Chrome has made a significant impact. When it comes to search Google always had the majority ofÂ the marketÂ but MSN now seems to have slipped away to nearly nothing. It doesn’t bring many people here.

You can forgive the above because Microsoft, famously, misunderstood the internet so came to it late. Operating systems are different though, Microsoft have owned this sectorÂ since MSDOS. But even here there are massive cracks appearing. By far the fastest growing section of the PC industry is Netbooks. And the Linux derived Ubuntu has become a great success. Microsoft have fought back by bringing XP from the grave. But they are imposing stupid maximum system specifications that attempt to defy Moore’s law.

And of course theirÂ worst operating system problem is Vista. This has been the biggest trainwreck in the history of Microsoft and they are rushing out Windows 7 to try and mitigate the disaster.

You might think that Microsoft own the market for standard applications with the Office suite of programmes that have swept all in front of them to become global standards. Even here, though,Â Microsoft are in big trouble from Google Docs which is free for most users and which massively reduces the IT costs for the many corporates that are now using it. Basically Microsoft didn’t see the cloud coming.

So Microsoft are having problems in many of the most important areas that made them great. But the reality was always that this was inevitable, you cannot hang on to monopolies for ever, especially in the fastest changing area of technology that the world has ever seen. And Microsoft must always have known this. Their monoplies will continue to fade away in the face of this change and new competition fromÂ agressive competitors.

So it is against this background that the Xbox/Zune/Live project makes so much sense. The gaming industry is still at its very beginning. The future growth potential is very many times the current size of the market. So it will grow to be a far bigger market than the IT markets that Microsoft have monopolised for so long. In other words MicrosoftÂ could become a bigger company because they will be in a bigger marketplace, as long as they have a significant market share.

So Microsoft are playing a long strategy in gaming (and it is growing to be a lot more than gaming). They are building market position over successive generations of platforms, both hardware and software. And they are using their massive financial and intellectual resources to win.

ApplyingÂ this strategy they must have been amazed that their main competitor, Sony, decided to make so many strategic and tactical mistakes and to basically throw away their market dominance. They must also be very pleased that Nintendo chose to remain in the “toy” end of the market and so did not build the infrastructure necessary to compete in the long term.

Microsoft are in the middle of one of the biggest shifts that any major corporation has ever made. From an IT company that did a bit of gaming to a consumer mediaÂ company that does a bit of IT.

Previous Post: iPhone Vs Netbook, which will be the biggest gaming machine?
Next Post: 15 ways to market on the internet, for free