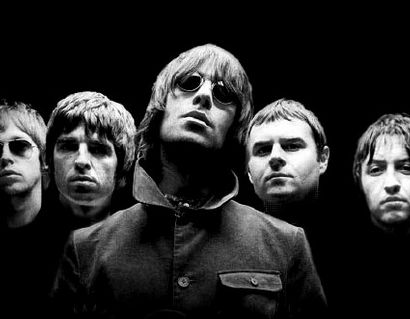 Oasis have a new album called “Dig Out Your Soul” on October 6Â and they are desperate for some publicity. So they haveÂ proclaimed that they are not going to put it on the internet like Radiohead did. Noel said: â€œThatâ€™s not our bag. I didnâ€™t spend a year in the most expensive studio in England, with the most expensive producer in America, and the most expensive graphic designer in London to then give it away. F*** that.â€

Obviously that didn’t get enough impact, so now he has followed the fashion amongst publicity seekers and had a go at videogames: “I was up in Liverpool for a week a couple of weeks ago and even on the news there it’s every single night. I don’t even know what Cameron or Gordon Brown are going to do about it. I was watching a documentary on Panorama and another one about kids carrying knives and violence. One of the lads, a little lad, made a telling comment.The guy said, ‘Do you not think there’s anything better for you in life?’ And he said, ‘Yeah, there probably is but I’ve never known anything else’. People say it’s through violent video games and I guess that’s got something to do with it. If kids are sitting up all night smoking super skunk and they come so desensitised to crime because they’re playing these video games, it’s really, really scary.”

Well I won’t argue with what he says about drugs. He is the expert on that. But what he has to say on video games is just a load of hogwash, and every informed and educated person knows that. The Byron Review and Grand Theft Childhood have told us that there is no negative association between video gaming and violent crime. In fact the reverse is probably true, games act as a catharsis thus leading to the reduction in youth crime we have seen in recent years.

Of course Gallagher is hoping for the double whammy. Not only is this getting him lots of publicity for the new album, it might also lead to parents restricting game purchases. And kids spend their money on games instead of music these days. So Noel is giving the competition a good kicking here.