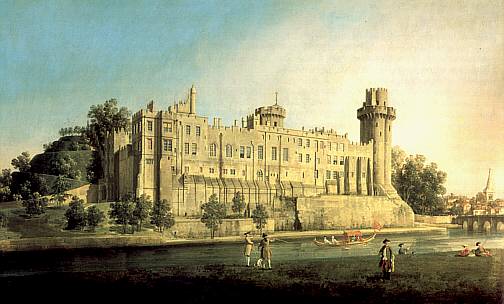 You will remember this recent story where I pointed out the necessity of local marketingÂ Â giving the example of Leamington andÂ the eight video game development companies there and how invisible they are. An immediate reaction was that a reader of this blog modified the Wikipedia entry for Leamington Spa to more accurately reflect reality.

I decided to follow my own advice and sent the article to all the local games companies, all the local journalists and to all relevant politicians both local and national. As always with such things this largely fell on deaf ears. The press just ignored it (so far). Three game companies replied, Paul Ranson from Slam Productions, Peter Williamson from Supersonic Software and both Philip and Andrew Oliver at Blitz Games. A few of the politicians replied but only one, Bill Gifford, proposed any action.

Bill Gifford is both a Leamington Town Councillor and a Warwick District Councillor and has been in local government since 1995. He wrote to me asking if we could putÂ some sort of event together that could promote Leamington and the Games Industry. Action! So I proposed an initial meeting which Blitz Games were kind enough to host.

In the meeting we were able to get a lot over about the nature of the industry, it’s role and contributions to the local community, it’s future and it’s problems. Councillor Gifford said he would work to get the Leamington town website updated to reflect the presence of the gaming industry. But more than that we now have a politician of some power and influence who knows what he is talking about when it comes to games. Philip Oliver gave us a tour of Blitz which was very impressive for Councillor Gifford, as seeing a development team at work for the first time always is. Even to me, having seen a lot of this over the years, the Blitz set up is massively impressive and they obviously have a lot of good staff there.

This is not the end of it. We now have a relationship. There will be further meetings, hopefully bringing in some of the other developers and interested partiesÂ in the area. And hopefully finding ways that the industry and the politicians can help each other with their respective agendas.

So, marketeers out there, reach out to your local community. It is not difficult and you may be surprised just how much everyone can benefit.