The following is just speculative fun. But it is based firmly in reality.

The Microsoft Xbox 360 is very, very well designed. Part of this design geniusÂ is ease of manufacture and potential for cost reduction. So I see this console as having a ten year life. This should easily see it up to 2015.

This year Microsoft will use their manufacturing cost advantage to use theÂ price mechanism to build market share in the face of Sony’s AAA game releases. This will leave headroom in the marketÂ forÂ them to introduce a new premium console giving them a two model range, just as Sony have had for a few years now. It will also make the 360 a cheap mass market machine which will have the effect of growing Xbox Live enormously. And this is the most important thing for Microsoft. It is the online platform which, ultimately, will be the main event.

The new premium console (Xbox 3)Â will feature a gesture interface and probablyÂ integration with a new handheld game console.
Microsoft have a great incentive to go for this two model (plus handheld) strategy sooner rather than later because Sony are currently too weak to respond. So it would be a knockout blow that could give them market supremacy.

The new Microsoft handheld will be son of Zune with iPhone and Nintendo DS features. This device looks pretty inevitable and will give access to Xbox Live anywhere and everywhere and with it’s integration to Xbox 3 it will bring a whole raft of new capabilities to the consumer.

Another factor to rememberÂ is that Nintendo will have to do something about the Wii. This machine is really Gamecube 1.5 with a gesture interface. It’s old technology will find it out. So Wii2 cannot be too far away. And it is something that Microsoft must have an answer for.

So when will we see Xbox 3? The normal console cycle is for new models every 5 years. Which would put availabilty at the end of 2010. I can see Microsoft bringing this forwards a year to 2009. The current yearÂ year is too soon as they still have to build the market position of the 360. Â So next year it is then! And rememeber that for just about every new product area that Microsoft has entered it is their third generation of that product that gives them world domination. 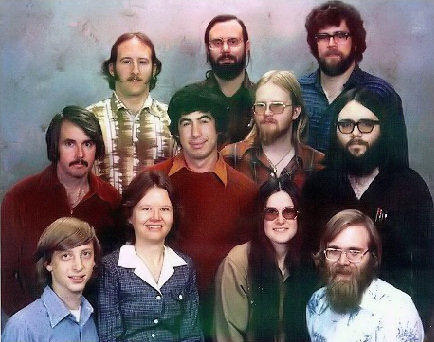