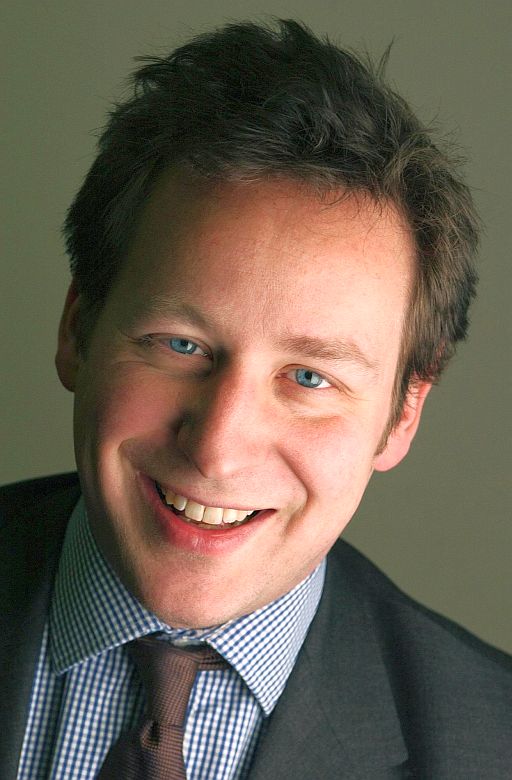 Ed Vaizey is a front bench Conservative politician, he is Shadow Arts Minister and part of his brief is the video game industry. In less than a year the Conservatives will be forming the British government and Ed could well become the most important and powerful person in Britain for the games industry.

Ed has a BA in history from Oxford university, he has practiced as a barrister and was a partner in the public relations company Consolidated Communications. He is Conservative Member of Parliament for the constituency ofÂ  Wantage.

In this exclusive Bruceongames interview Ed gives an insight as to how video games will be treated differently under a Conservative government:

Firstly to get started, are you a gamer yourself?
No, I haven’t played video games since I was a teenager.

Your responsibility covers all the arts so do you think that the idea of video games as art is valid?
Well, I tend to divide between the arts and the creative industries – and put something like film in the creative industries bit.Â  But yes I would see video games as art, they are creative, and they have by now their own heritage and cultural significance, which is one element of art.
In recent years the UK game industry has slipped from being third in the world to being fifth, or even sixth. Do the Conservatives have plans to stop or even reverse this slide?
WeÂ think video games have not been taken seriously by this Government.Â  They are a huge industry for us, we are world-beaters, and we should be looking at imaginative policies to support the industry as much as possible.
Keith Vaz has said some very negative things about video gaming in the House of Commons. Do you think that understanding of the industry is increasing amongst politicians now?
It’s getting better – Tom Watson is a great cheer leader for the industry, and he is a former Labour minister.Â  Read digital Britain, and there is more about the games industry in it than I expected.Â  I think there has been a change, and I’d like to think I played a part by banging on about it forÂ so long.
In other interviews you have said that the industry would be better served by having just one trade organisation, instead of both ELSPA and TIGA, as we have now. Would you give encouragement for this change?

Yes – though they would argue they have different interests, I think a single trade body putting across the industry’s view would be a good thing.

You have previously supported the idea of a Games Council to promote gaming. Much like the Arts, Film and Music Councils. After the Olympics there will be lottery money available. Would a Games Council be a good cause?
Possibly – I don’t want to create another quango, with all those overheads and self-serving agendas.Â  I’d like to explore whether the Film Council’s remit could be extended to video games.Â  And the Film Council doles out money to independent movies via the Lottery, so there is no reason in principle why Lottery money could not support some aspects of games development

Are you happy with the level of protection given to children by the PEGI censorship system?
Yes , it seems a pretty straightforward system

How can we get the British mass media, like the Daily Mail, to better understand gaming and support our games industry?
You can’t – the media love bad news stories.Â  But I do thinkÂ  the industry has made real strides in the last couple of years.Â  You see many more Wii type stories, emphasising the industry’s contribution to health and education, than you used to.

Video gaming is expected to be massive in education and confers many advantages. Do the Conservatives have plans to promote this?
Yes – we will take the way technology is transforming teaching much more seriously.Â  Hitherto, we have simply given teachers the latest gadgets, and never asked – how does this change the way you do your job.Â  Michael Gove is going to revolutionise teacher training so that technology is at the heart of what teachers do
The gaming industry and the country as a whole are massively short of maths and physics graduates. Do you think that gaming could be used as a carrot to help solve this problem?
Yes absolutely.Â  It’s one of the reasons I got into the area so much – it ticks so many boxes for politicians such as having a regional presence.Â  And then it is a huge attraction to get kids to take the sciences seriously.

Copying of digital works is a big problem. What would a Conservative government do to protect creative workers from the online theft of their work?
We will work with the ISPs to ensure that people who are ripping off games are held to account, we have to take tough measures to ensure this becomes much less of a problem.Â  But the industry has to adapt as well, and change its business models to account for the new era.
Finally gaming is fun. Is politics fun too?
It used to be – before expenses!