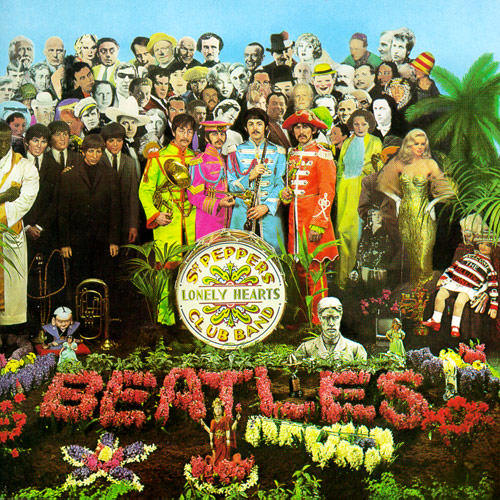 Seems like I got it wrong yesterday. The players are the same: Harmonix, MTV and the Beatles. The story is somewhat different. Rather than just featuring as another band in the game Rock Band,Â  there will be what Harmonix CEO Alex RigopulosÂ describes asÂ â€œa new, full-blown custom game title production built from the ground upâ€.

So this is massively massive. The biggest music band in all of history are coming to video gaming. These immense icons of popular culture are deigning to allow their IP to be reprocessed for our newer and vastly superior media.

So what is in it for the two Beatles that are still with us and the widows of the two that aren’t? Well firstly the Beatles work is quite old now. Forty yearsish. So this will revitalise it and bring it to a whole new audience. Keeping the momentum of the IP going with the current, and potentially future, generations. Thus helping to further cement the position of the Beatles in history. It will increase sales of their music. And make them money.

And what is in it for the gaming industry? A lot of publicity. A chance to get taken more seriously by an older generation. A further proof of the extension of gaming towards becoming an all pervading entertainment and educational media. An opportunity to make money.

The downside is that a lot of effort will be put into an old IP from a different media, just like games made of James Bond films. When the potential and capabilities of gaming are such that we should be forging our own IPs.

Sir Paul McCartney said: “The project is a fun idea which broadens the appeal of The Beatles and their music, I like people having the opportunity to get to know the music from the inside out.” Ringo Starr said: “The Beatles continue to evolve with the passing of time and how wonderful that the Beatles’ legacy will find its natural progression into the 21st century through the computerised world we live in. Let the games commence.” Yoko Ono said: “It’s cool, I love it and hope it will keep inspiring and encouraging the young generation for many decades.”

There is obviously a huge weight of responsibility on the shoulders of Harmonix. They are tampering with a big chunk of our heritage. And the outcome could have huge repercussions for gaming.