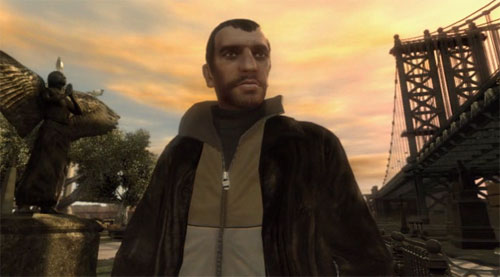 The reason that people buy game consoles is to play games (except forÂ the SonyÂ PSP).Â So it is worth looking at the upcoming games on all three home consoles to see what bearing they will have on the success of these machines.

The NintendoÂ Wii is in an immensely powerful position with three highly polished AAA titles, Wii Fit, Super Smash Bros Brawl and Mario Kart. Of these Wii Fit will be the big system seller. Whole demographics who previously wouldn’t have bought a console will buy one just for this game. People are obsessed with their bodies so this could become a bit of a cult product. SSBB and MK are different, these are classical super quality Nintendo games. They will sell in massive quantities and really enhance the attach rate. However they are not, on their own, system sellers. However when added to all the other AAA Wiii games they could bring a lot of people to making a buying decision. What is for certain is that there are good reasons for Wiis not to be relegated to the toy cupboard just yet.

The downside of the success of the Wii is that it has attracted huge amounts of hastily cobbled together shovelware which, quite frankly, does nobody any good. Games are expensive so it is a very bad experience whenÂ the customerÂ has invested in what they think will be a great game only to find that it is money down the grid. The press should do more to expose this sort of rubbish. To create successful Wii games it is a good idea to follow these rules:
1) Donâ€™t do shovelware. You are just damaging your brand(s).
2) Write Wii specific titles. Donâ€™t port. You have to respect the interface difference.
3) Understand that most Wiis live in the lounge. And most other consoles live in the bedroom.
4) Polish, lots. Then polish some more.
5) Realise that you have to provide entertainment for the population at large. FPS titles are not a good idea.
6) You need to market completely differently. PR in womenâ€™s magazines will work a lot better than adverts in game magazines.
7) Talk to your wife/girlfriend. They understand the Wii better than you do.

The Sony Playstation 3 has had a lacklustre start to it’s life. Sony’s management and marketing people seem to have lost some of the magic ingredient that worked so well for them in the past, there were no system seller games and the box was too expensive. Sony are trying to put all of this behind them so we have some great AAA games coming up. Metal Gear Solid 4 is the big exclusive, one of the biggest properties in gaming. LittleBigPlanet sees them move into Nintendo territory with a highly polished platform game and Killzone 2 is getting rave previews and is eagerly anticipated. There are more top tiles such as Wipeout HD . But biggest of all will be GTA IV. The Grand Theft Auto franchise has been very good to Sony but these days they have to share it with Microsoft and the Xbox 360.

Talking of Microsoft, they have just been through a great period of AAA releases. Even if a lot of them were shooters with little to differentiate one title from the next. The immediate AAA exclusive future is looking a lot lighter than it is for the other two platforms. Ninja Gaiden is a great hard core gamer’s game and Banjo-Kazooie 3, Too Human and Alan Wake are all good games. But nothing to really compete with the other two platforms. Halo 3 is so big that it will continue to deliver and GTA IV will be the biggest gaming event of the year. It really does look as if Microsoft have reached the point in the cycle where a big systemÂ price drop is what is needed for them.